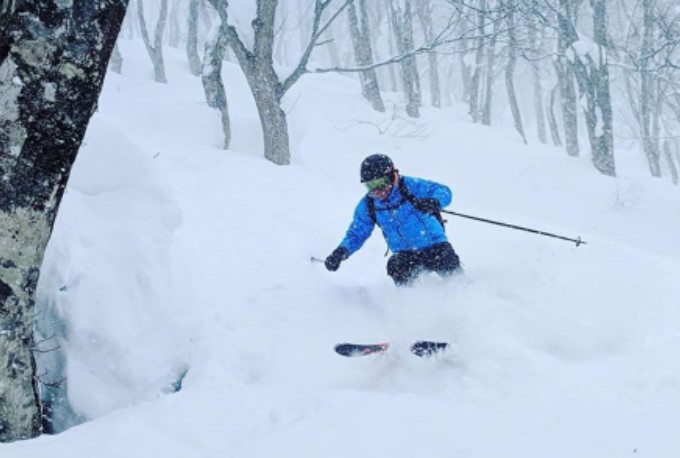 34 Years At The Helm

Local skiers skiing at Porters would be well-aware of the constant figure at the helm. Springfield’s Uli Dinsenbacher has just relinquished his 34 year role as General Manager at Porters. Prior to assuming this position, he headed up the Ski School in the days the field was named Porter Heights, arriving in the area in 1982. Those wers when there was limited snow grooming, no snow making and only rope tows on the Field.

“I have been very fortunate to have been not only in my dream job, but also to have worked for the directors of five different companies (the number of owners during the time I was GM),” Uli explained. “I’ve worked with five outstanding Operations Managers – Peter Boekholt, Craig Ovenden, Ben Quane, Luke Armstrong and Blair James, not to mention all the incredible crews over the years,” Uli added.

Porters has had an influence on numerous skiing families and individuals during Uli’s tenure. None more so than the children of the local Springfield School who feature strongly in various ski racing events. Names that can be traced through secondary schools’ results for years afterwards.

“It has been a challenging and all-consuming, but rewarding job, which has meant a great deal to me,” he said. “I look back with satisfaction and appreciation, having made great memories and friendships throughout. I am however excited about what the next chapter will bring, and while I will act in an advisory role to the directors of Porters for the winter period, I also hope to have time for fishing and the chance to ski other New Zealand ski areas – which until now I’ve been unable to.

Uli is a skilled and qualified beer brewer and has also been known to produce wonderful flavoursome sausages – hopefully both pursuits will flourish now he has a little more time to spend on them.