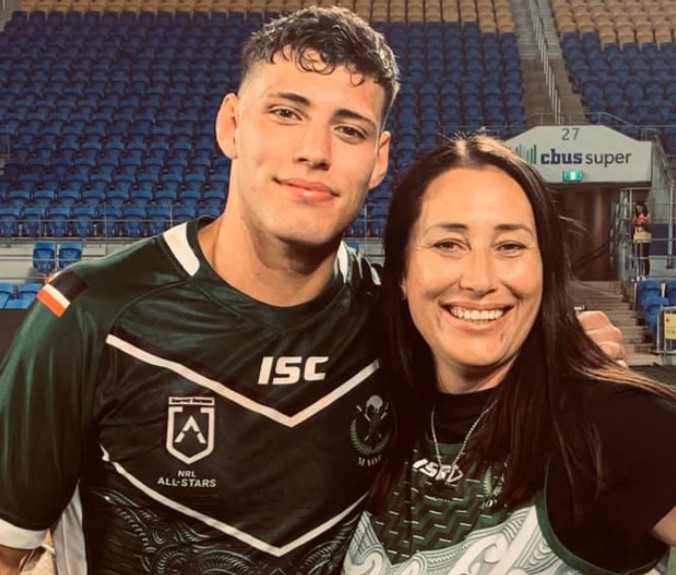 Jordan Riki (Tainui) took to the field on February 22nd as a member of the New Zealand Māori All Stars side in a Round 1 match between the NRL Indigenous All Stars at Cbus Super Stadium on the Gold Coast. The NZ side came out with a win 30-16. Following high school, Jordan was picked up by the Brisbane Broncos. After landing on their radar at the age of fourteen, he went on to be signed to the Club’s top-side at seventeen and now at the age of twenty he’s playing for the Māori All-Stars.

Jordan’s mother Janelle Riki-Waaka commented that as a whānau they could not be  any more proud of the accomplishments he has made while being in the NRL.

“Representing your culture comes with responsibilities but more importantly it’s a huge honour. We know that there will be many of our young rangatahi watching this games and dreaming of their opportunity one day,” she said. “The years of sacrifice and hard work have paid off,” Janelle added.

“I often used to ask Jordan, ‘what won’t you do to get your dream?’ The answer would always be ‘nothing’!

“Whatever the future holds this season,” Janelle said, “he’s certainly started it well by being called up for the Māoris and we couldn’t be prouder,” she concluded.