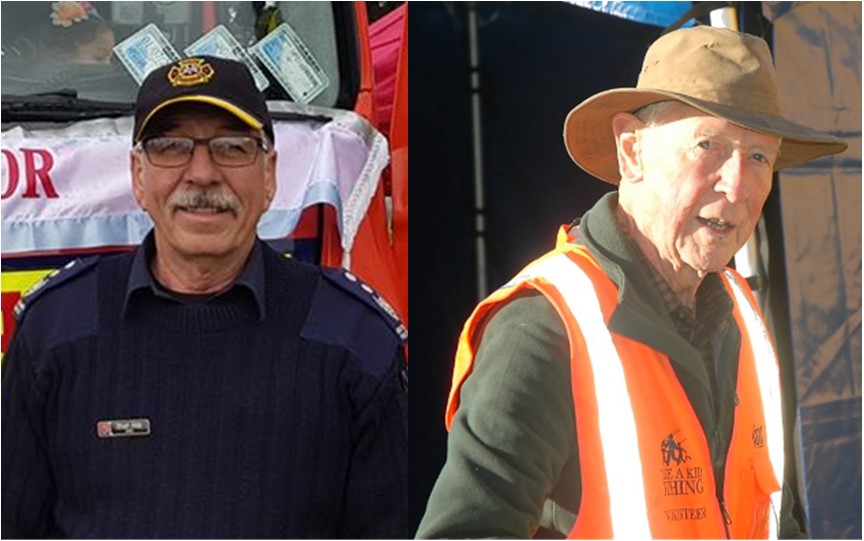 When the New Year’s Honours list was published on New Year’s Eve it featured two names with close associations to the area, The first was Stu Jones of Kirwee (David Stuart Jones) who is a recipient of the Queen’s Service Medal for his services to Fire and Emergency New Zealand. Stu is currently Chief Fire Officer of the Kirwee Volunteer Fire Brigade.

Ex Glentunnel resident David Malcolm Denton (Dave) was also awarded a Queen’s Service Medal for services to outdoor recreation and youth. Dave is the driving force behind the ‘Take A Kid Fishing’ initiative.

The Queen’s Service Medal (QSM) was instituted by New Zealand in 1975, at the same time as the Queen’s Service Order (QSO).  The purpose of both the QSO and the QSM is to recognise voluntary service to the community and also elected or appointed public office. Up to sixty awards of the QSM can be made each year and recipients are entitled to use the post-nominal letters ‘QSM’ after their names.

Stu Jones joined the Cust Volunteer Fire Brigade in 1974 and transferred to the Kirwee Volunteer Fire Brigade in 1979. He was elected Station Officer of the Kirwee Brigade in 1984, became Deputy Chief Fire Officer in 1996, and has held the role of Chief Fire Officer since 2000. Stu has been the driving force behind numerous Brigade fundraising events to upgrade or replace equipment, replace operational support vehicles, and for the construction of a tanker shed, along with mentoring and training a number of firefighters over the years. After the 2011 Christchurch Earthquake, Stu was a member of a revolving crew stationed with Kirwee Brigade’s tanker at the Christchurch City station to assist other crews in the surrounding area in the weeks following.

Stu commented that it was a wonderful Honour to receive and gave thanks to the great team behind him, in all respects. He expects to attend a Wellington investiture at Government House in May.

Dave commented: “I do feel it’s an honour, not just for me but for all the up to seventy volunteers that now make up the team for the ‘Take a Kid Fishing’ event. I’m proud of the event as we are now heading for  the 32nd year. We cater for around 6,000 children each year, with a total attendance of well over 100,000 kids. It’s all free to the youngsters; loan fishing gear, bait, tuition from skilled anglers and several thousand dollars worth of fish just for the kids to catch. It’s as exciting to be involved now, as it was 31 years ago,” Dave said.

Investitures are held at Auckland, Wellington and Christchurch and Dave plans to attend the Christchurch one – the date is still to be advised.