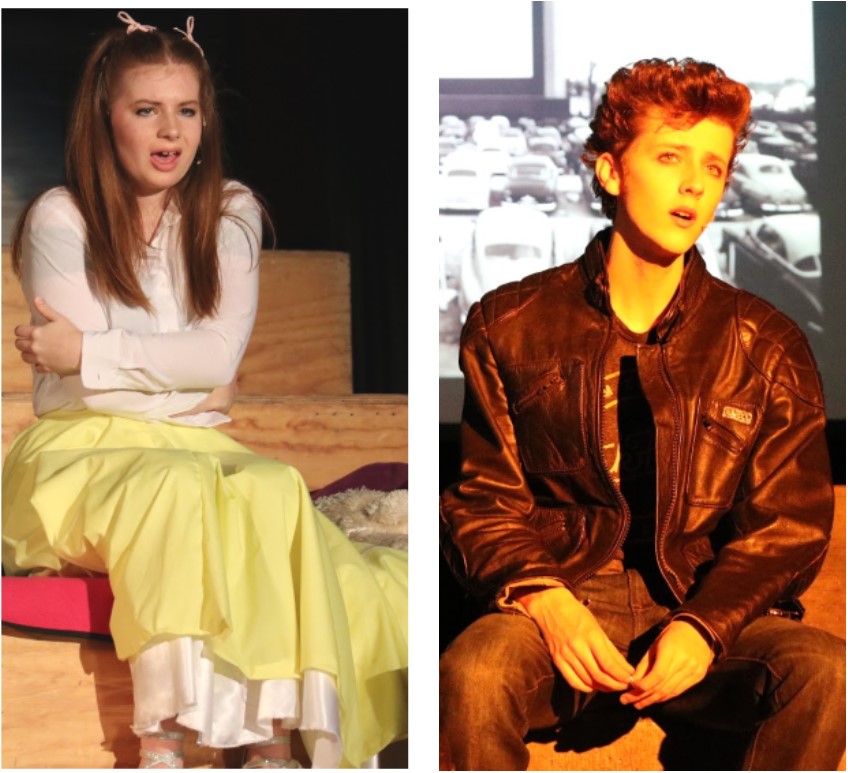 The Darfield High School production of Grease has just concluded its run of performances to acclaimed review from those attending. Directed by Morehu Solomon, HOD Drama, the production involved more than fifty students as cast and crew members. The team involved performed three evening and two matinees, dedicating hundreds of hours to get the Show stage-ready by opening night. The result was a stunning, fabulous and colourful performance of Grease, which allowed talented performing arts students to strut their stuff, it was reported.

Kate Morris gave a natural portrayal of her character, Sandy, whether she was sweetly recounting her seasonal sweetheart in Summer Nights or contrasting her tough and rebellious self for T-Bird Love.

As the infamous bad boy who breaks Sandy’s heart, but then strives to get her back, James Stead was the charming yet defiant Danny Zuko. The T-Birds, Kenickie (Kear Billings), Doody (Kieran McKay), Rodger (Matthew Young) and Sonny (Callum Jones), sang and danced well, performing a well-crafted image of the 1950’s high school bad boys.

One of the many highlights was the wonderful singing of the angel, played by Cameron Mills, who made the hit Beauty School Dropout memorable.

A production of Grease would not be complete without an incredibly talented band led by Glenn Teasdale, HOD Music. The band comprised Aiko Sakurai on Piano, Vaughan Smart on Guitar, Z’Arn Payne on Keyboard, plus Callum Watson and Barnaby Maude on Drums, playing along with their teachers, Kath Wilson on the Flugelhorn and Glenn on Bass Guitar.

Everyone can agree that the whole Show was brilliant, and the lead actors and supporting crew each played their part incredibly well. Darfield High School definitely showcased some fantastic talent. Congratulations go to all the staff and students at the School for another top production.