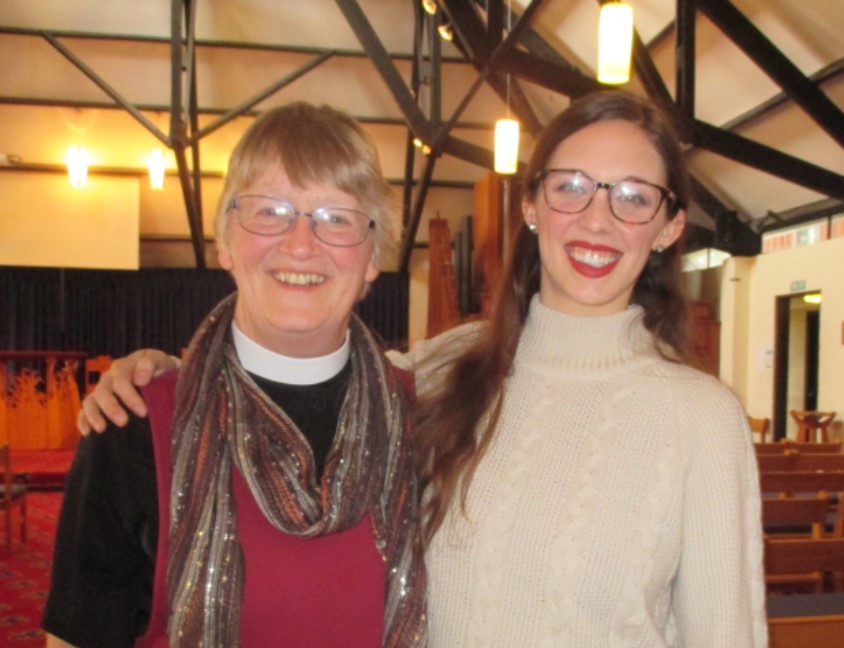 What an absolute treat to hear Canadian soprano Emily Steers perform at Trinity Church on Sunday afternoon. Emily explained each section of songs with anecdotes of the composers and a brief translation of those sung in French, or German. For the first part, the audience of approximately  seventy, enjoyed a variety of songs written by female composers, including a set of short songs written by twentieth century New Zealand composer Dorothy Freed.  Emily’s favourite composer Pauline Viardot moved in illustrious artistic circles around Europe, counting fellow composers, Rossini and Robert and Clara Schumann as friends.  The three Viardot songs were sung with great emotion and beautifully enunciated words. It was wonderful hearing songs written by Fanny Mendelssohn Hensel, sister of famous composer Felix Mendelssohn.  Fanny’s music was equally as melodic and romantic as her brother’s, but in the nineteenth century musical women weren’t taken to be as seriously gifted as their male counterparts!

The Sound of Music began the second half of Emily’s performance, dedicated to Classical and Musical Theatre favourites. This was followed by The Light in the Piazza, written by American Adam Guettel, grandson of famed Richard Rogers, who co-wrote Sound of Music and many other well known musicals. Emily announced her personal favourite was Debussy’s Nuit d’Etoiles (The Stars of the Night) again carrying the audience along with her through the passion in her voice. We were given a bonus in having Emily sing an encore: the magical and well known Vilja Aria from the Merry Widow. John Linker accompanied Emily on piano, matching the dynamics and drama in the songs perfectly. John is Director of Music at Christchurch Transitional Cathedral and with his vast choral experience, was an ideal accompanist. Emily will be starting a Masters degree in Community Music at Laurier University in September.

It was a most special afternoon for Emily’s aunt, local vicar, Susan Baldwin, to see a full programme sung by her talented niece and a truly delightful afternoon for the audience to hear such a bright young star in the making.