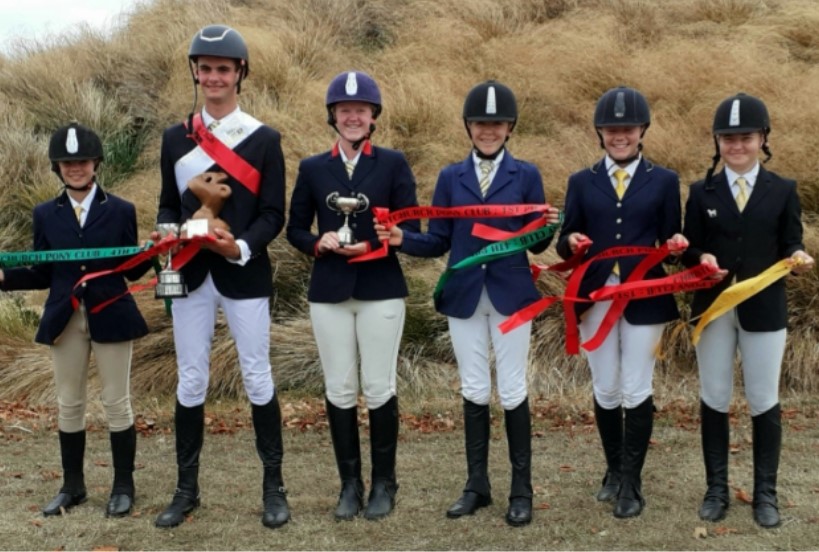 Carnmore Pony Club, based on Jones Road, is run by Amelia and Cheryl French and recently had six of their members attend the Scandal Trophy.

This prestigious pony club competition for both individuals and teams took place at the Canterbury Agricultural Park on Sunday, February 16th.

Individually their riders also had good performances. Oliver Grayling winning the Scandal Trophy itself, riding one of Amelia and Cheryl’s horses; ‘Leo Dreams of Gold’.

“Oliver does not have his own horse, but he comes to Carnmore every week to train. He was competing in a large class of Canterbury’s top young riders,” Amelia commented. Along with this success he also won the Saladin Cup for his age class.

Madeleine Collins also competed in the Scandal Trophy class on her pony ‘Dalmar Rhinestone’, and came a credible seventh place out of the fourteen in that class, and was placed third in her age group.