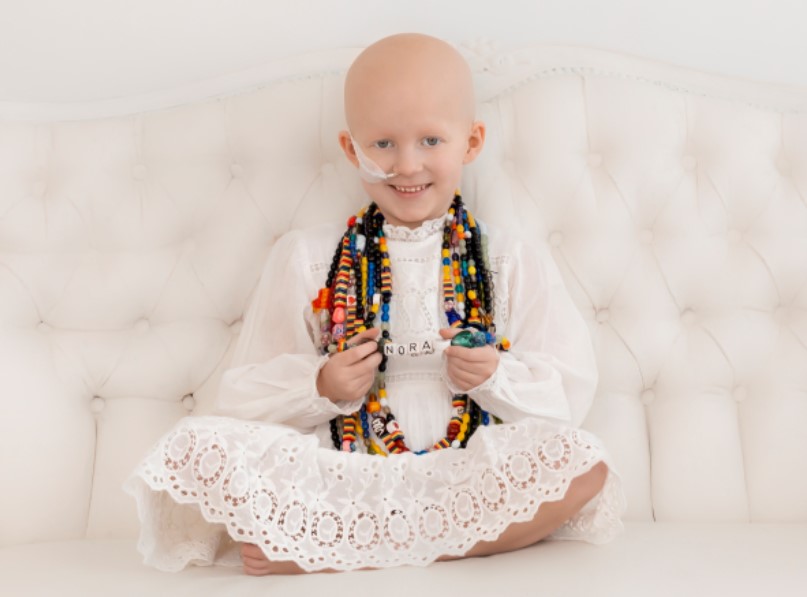 In August 2018 then five year old, Selwyn resident, Nora was diagnosed with hepatoblastoma, cancer of the liver that only occurs in one in one million people. Unfortunately Nora’s cancer was also found to be in her lungs. Over the last fourteen months Nora has gone through nine rounds of chemotherapy which has caused all the usual side effects, but also caused permanent hearing loss. She has had three surgeries including removing 60% of her liver, her gallbladder and half of one lung. Nora now has over 850 beads of courage. Her wee body is covered in scars that tell the story of her journey; her fight.

It was found the likely cause of Nora’s cancer was a TP53 gene mutation; this gene helps suppress the growth of tumours. This now makes her susceptible to a large number of cancers at much higher risk than the general population. Heartbreakingly, Nora’s Dad and her little three year old sister have also been found to have this gene mutation and are now undergoing testing for cancer.

Nora’s liver remains cancer free but the disease in her lungs is proving to be stubborn. At the age of six, Nora has exhausted all the curative treatments available in New Zealand, but  has been accepted into a CAR T cell trial in Texas which is her last chance for a cure. To simplify this cutting-edge technology: T-cells are taken from removed patient’s blood, the CAR gene is manufactured in a lab and inserted into these T-cells, millions more are then grown in the lab, before infusing them into the patient. The CAR T cells bind themselves to the cancerous cells and kill them.

This trial treatment is partly funded, but Nora and her family need the community’s assistance with the rest. The costs including the unfunded portion, accommodation and flights is estimated at $140,000 NZD for her/family for up to nine weeks in Texas.

“This treatment has the ability to cure Nora once and for all,” her mother explained.

Nora’s family are desperate to make this happen, but they can’t do it alone.

“It takes a village to raise a child, and sometimes it takes an army to save one. We need an army!” Nora’s mum said.

If things change and the family no longer require the money they would use some of the funds raised to make Nora’s last days amazing, before creating a charity in her name to assist families with cancer.

Local Darfield hair salon, New Image, are also fundraising to assist Nora’s cause. See their Facebook page for full details of how to assist with this.

To help Nora please donate to her givealittle page: givealittle.co.nz/cause/join-noras-army