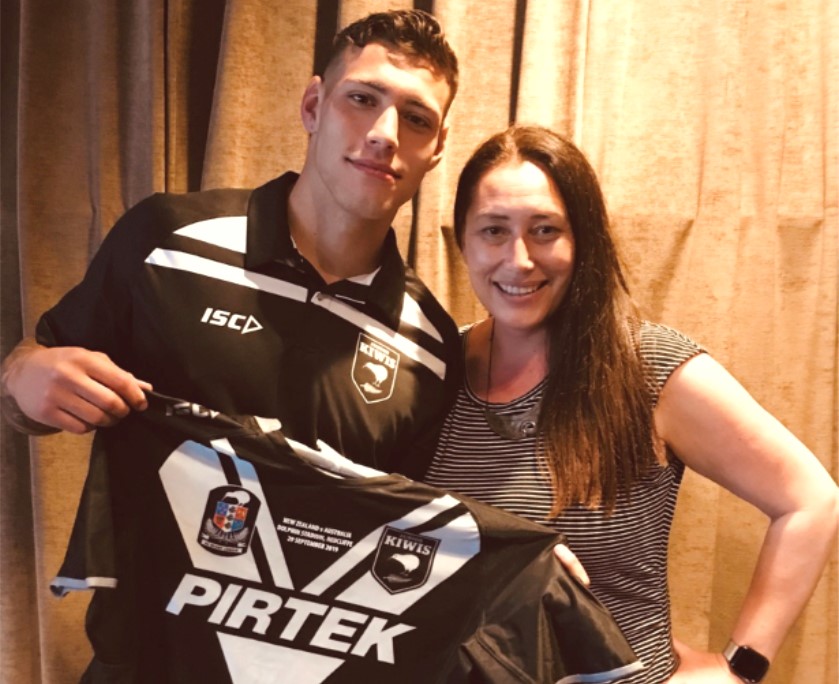 Janelle Riki-Waaka grew up in the area and until recently her parents resided locally too. Janelle’s talented son (and grandson of ex Sheffield Publicans Reg and Sheryl Riki) Jordan Riki not only played in the U19 Kiwi League team against the Australian Schoolboys team in Brisbane, but he had the honour of captaining the team too.

The game took place on Sunday, September 29th in Brisbane’s Dolphin Stadium.  The Kiwi U19s had only had five days together prior to the game, and while they fought hard against a well drilled Australian team unfortunately didn’t come away with the win.

At just nineteen years old, Jordan has been a full time player as part of the Brisbane Broncos wider training squad this year, and in their top 36. He played for the Norths Devils (a Bronco’s feeder Club) in the Intertrust Super Cup competition and they finished fifth this season. Jordan has currently just started his off-season break and will return home for some much needed R and R before starting pre-season training on November 1st back in Brisbane.

Jordan’s next goal is to gain a spot in the top thirty Broncos squad, plus have a great season for the Norths Devils in 2020.

“He loves living in Brisbane and being part of the Broncos and is looking forward to 2020,”  Janelle concluded.

Definitely a name to watch for in the future.