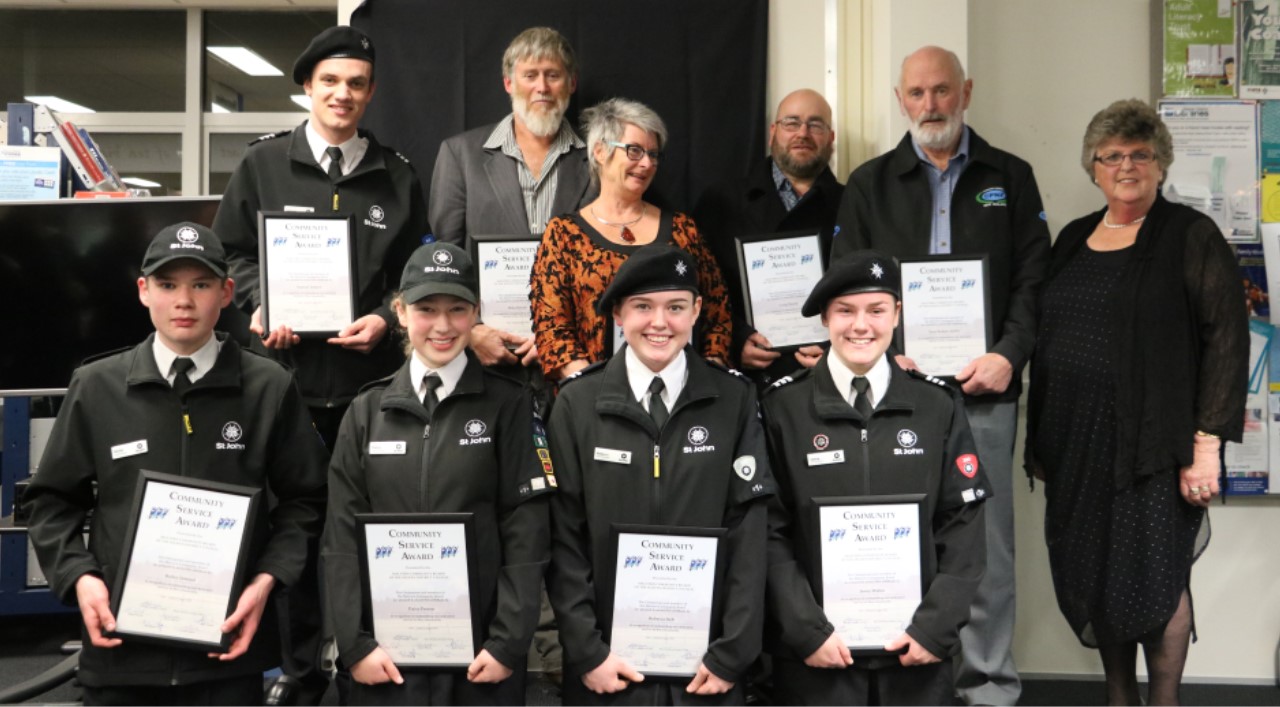 Long service, and new, were both recognised at the Malvern Community Awards.

Ten people received awards for their service to the community at a ceremony in Darfield on Friday night, August 23rd.

Mike Davies was recognised for his volunteer work as a Civil Defence first responder looking after neighbours in Hororata following the earthquakes. He also assisted with helping protect houses from flooding, along with looking after the Hororata Domain and church grounds at his own expense, and managing car parking at big community events including the Hororata Night Glow.

A Justice of the Peace and twenty three year member of the Glentunnel Township Committee, Reg Anderson was noted as a strong, community-minded man always willing to get involved and support others.

Carol Gurney was recognised for her efforts as a willing volunteer at many community events and for setting up the second-hand clothing store ‘Carol’s Closet’, which raises money for the Hororata Anglican Parish.