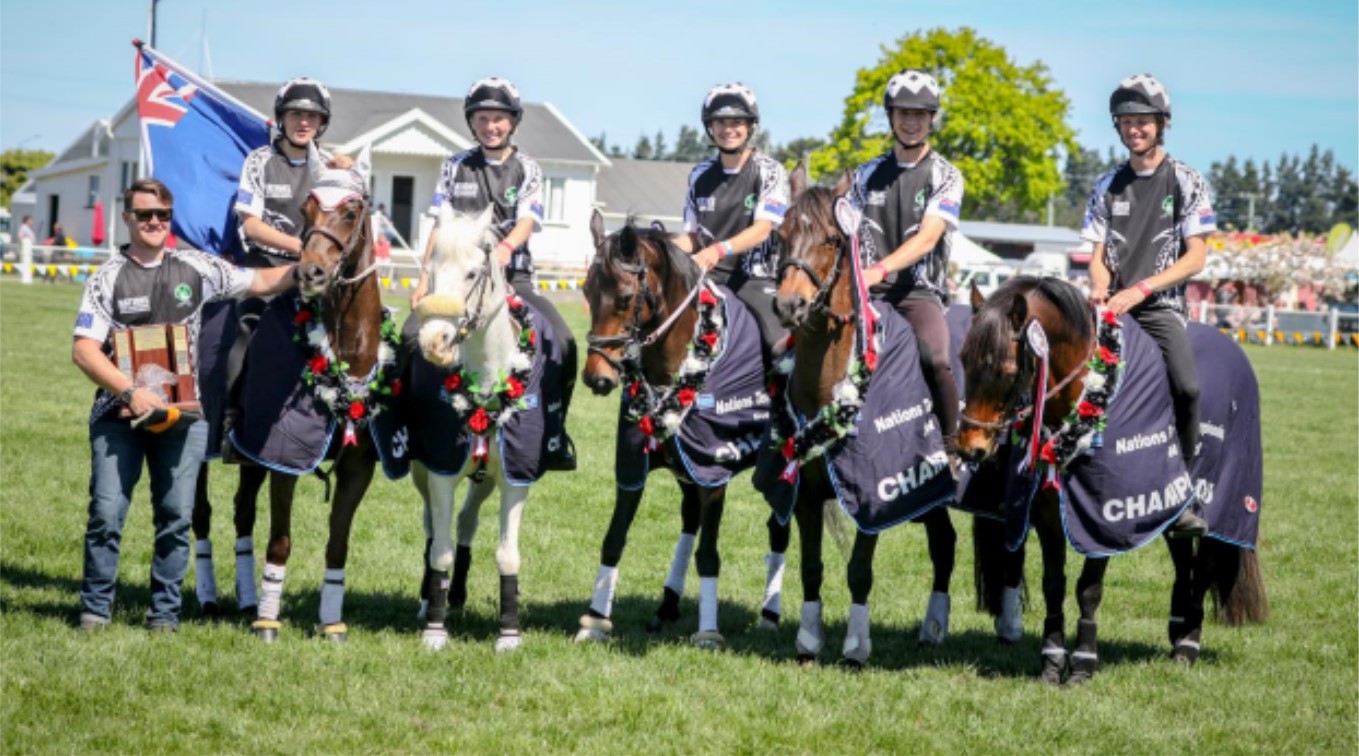 The International Mounted Games Nations Team Championship was held from October 13th – 19th 2019. The finals were a stunning display of speed and agility in the main ring at the Ellesmere A & P Spring Show. Consisting of teams from Australia, USA, South Africa and New Zealand, the competition provided plenty of excitement right from the start of the heats, which were held at the picturesque Trents Wedding Venue near Prebbleton.

The overseas riders took some time to get used to their ponies, which had been loaned by riders from around New Zealand, and this gave the two New Zealand teams an opportunity to accumulate points. Surprisingly, at the end of day one, the less experienced New Zealand Silver Team was ahead by a massive eleven points, with the NZ Black team ruing some technical errors! On day two the New Zealand weather showed the overseas visitors what ‘Four Seasons in One Day’ really means, with a big southerly and rain arriving during the morning. NZ Black had a better performance in the morning, but the wet conditions in the afternoon kept the playing field level, with the young USA team finishing one point behind NZ Silver, and equal with NZ Black, for the fourth Session.

With a perfect day for the Ellesmere Show, an exciting contest lay ahead. NZ Black finally found their focus in the morning and went into the last session one point in front of NZ Silver, with Australia pulling ahead of the other international teams. There was plenty of drama for the spectators in the last session, with nervous riders and ponies absorbing the atmosphere of the Show. A late injury to one of the NZ Silver riders meant that the young Luci Shanks took the field for the last race, but there was little she could do to counter the commanding performance of the NZ Black team, who secured the title with a winning margin of nineteen points. NZ Silver came in second, Australia took third, followed by USA then South Africa.

The event was a huge success and the organisers are  grateful for the large number of local businesses who provided sponsorship to enable it to take place – a first for the South Island.