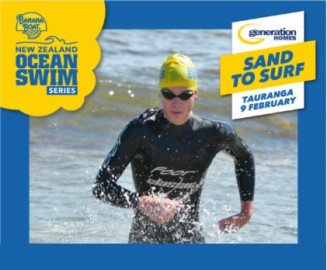 Local Hororata swimmer Ben Smith recently competed in the New Zealand Secondary Schools’ Open Water Championships held at Mount Maunganui Beach on February 9th, finishing with some excellent results. Ben is usually a pool swimmer with the Waitaha Swim Club where he trains four to five times a week. However after winning the Timaru Open Water 1.5 kilometre race in both 2018 and 2019 he thought it would be a great idea to give the New Zealand Secondary Schools’ Open Water a go.

This was his third open water swim and big swells of 1.5 metres were nothing like Ben had swum in before. Ben finished an outstanding seventh in the 1.25 kilometre Under 14 year old boys’ race and an amazing thirty second out of one hundred and eighty two starters in the Open – adults and children’s race. Ben was one of the youngest competitors in this race.

It was reported to be a fantastic location with perfect weather for the event which helped make it a wonderful experience for Ben. “I was slightly nervous on Ben’s behalf, but he couldn’t wait to get in the water and go,” commented his mum, Juliet Smith. Ben loved this event and she is sure he will take part in more similar ones when he gets a chance. At this stage in Ben’s swimming he is more suited to distance swimming rather than sprinters. “He has a pretty good engine on him to keep him going, so he is well suited to open water swims,” Juliet added. Open water swims give swimmers another option and it’s a bit of fun for them as well.”

The timing of the New Zealand Secondary Schools’ Open Water Championship, previously held in January, has now been altered to better fit in with the academic year. This enables Year 9 – 13 students to compete in races across 500 metres, 1.25 and 2.6 kilometre distances.

There are numerous other Open Water Swim events available to the public for participation and details of these can be found online.