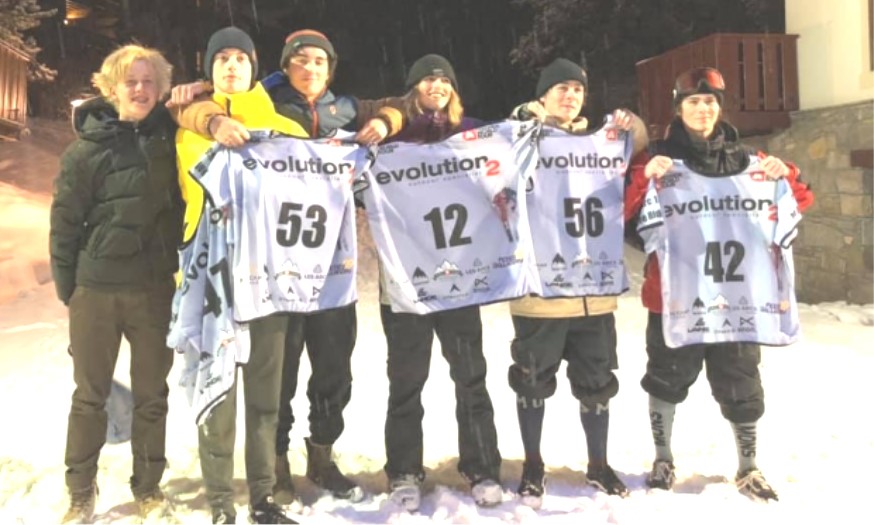 Local Mt Olympus freeride skier Harry Cookson is currently making quite a name for himself on the world skiing stage. Sixteen year old Harry is overseas (with Mum Lucy) competing and training in Europe along with a small talented group of New Zealanders from around the country. Not only is he gaining valuable experience, he’s also gaining a podium place, coming in at third after last weekend’s competition. Third place against the best in the world, hailing from countries whose location allows easy access to year-round snow. Pretty outstanding results for a Canterbury skier, based at local field Mt Olympus.

Harry and fellow South Island skier Cameron Marshall are travelling together and meet up each day with the others in their group for training. Freeride skiing takes place on natural off-piste terrain and includes deep powder snow and steep runs. The description of it as an action-packed, adrenalin sport, is definitely apt.

Harry had his first competition last weekend at Les Arcs in France and managed to pull off some great skiing to take a third place in the U16 Men’s division.

Harry commented, that conditions were good after some snowfall the night before and he was really happy to end up on the podium.

He is now focussing on, and looking forward to, his next competition this weekend at Chamonix, near the borders of France, Switzerland and Italy.

The current snow conditions overseas are quite hard due to the lack of white stuff over the past month. Harry laughed as he said, “it’s pretty much exactly like skiing at home.”

After this next competition Harry will travel to Austria to support Taupo skiers Lach and Fynn Powell, who were invited to compete at the Freeride Junior World Champs, before heading home in early February.

Harry is extremely grateful for the support he has received from Darfield’s Gnomes Alpine Sports and the Malvern Lions, plus of course his family and friends who have helped make this trip possible.