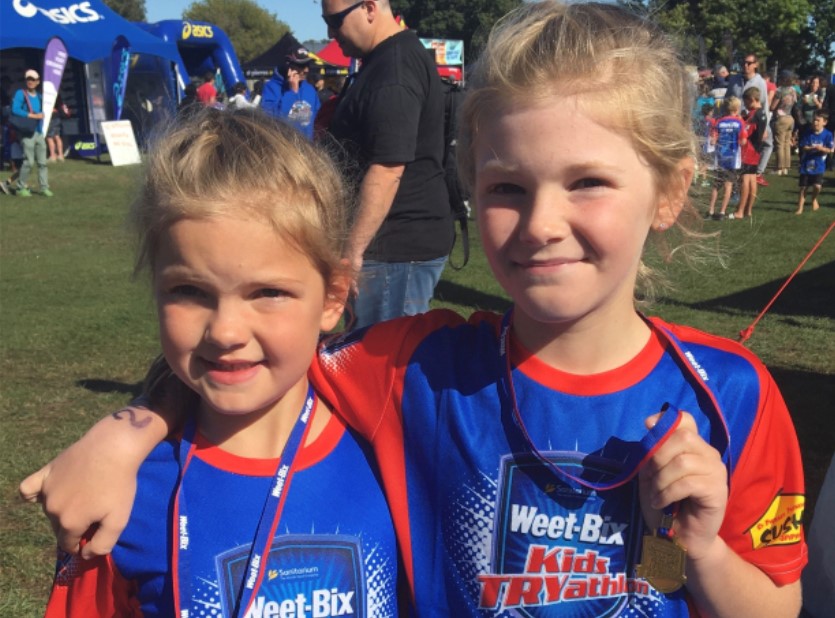 The annual Sanitarium Weet-Bix Kids’ TRYathlon was held on Sunday, February 23rd at Jellie Park, Burnside, with numerous  local children participating in the event. Weather for the TRYathlon was perfect after a much needed downpour on the Saturday night. Participants  swam, cycled and ran their way to the finish line where they received a medal from some of New Zealand’s leading sports stars.

Since the very first TRYathlon event in 1992 (which boasted just 800 entrants) over 400,000 Kiwi kids have given it a TRY. The TRYathlon, which is now in its 28th year, expects over 35,000 participants to take part in 16 events across the country, making it the world’s largest U16 triathlon series.

The iconic sporting event introduces thousands of New Zealand children to organised sport, in a positive environment which encourages them to lead active lifestyles. This year the organising company has created a new introductory event for six-year-olds, who are too young to take part in the main TRYathlon. The new Splash and Dash event allows budding TRYathletes to complete a 50-metre swim followed by a 1500 metre run.