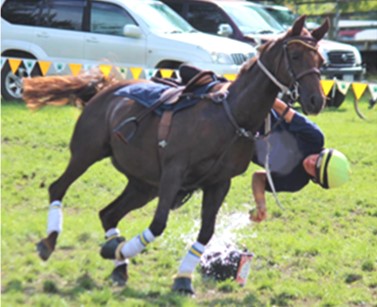 Siblings Luke and Leah Zydenbos from Halkett have both recently been selected for New Zealand Mounted Games teams. Luke is heading to Kentucky, USA, in September with the New Zealand Nations team, along with fellow Cantabrian Kate Gutry from Eyreton and riders from Hawke’s Bay, Northland and Auckland. They will compete against teams from USA, Canada, Australia and South Africa. New Zealand is the defending champion for the Nations Cup this year, so the pressure is on the team. This time round it will be a tougher competition as all riders will be on ponies borrowed from the USA.

Meanwhile, in August, Luke’s sister, Leah will compete for the IMGA World Teams Open Championship being held in Scotland, along with fellow team members from Otago, Hawke’s Bay, Wairarapa and Waikato. All the strong European teams, such as England, Wales, Ireland and France, will be competing, and these teams have the advantage of riding their own ponies. The New Zealand team is hoping to source some top ponies for the competition and will be training on a range of New Zealand ponies to prepare for this.

The World Championships for Open and Under 17 riders are held every year. There are also the annual European and Nations Championships, with the latter being all of the member counties outside Europe.

Mounted games is a branch of equestrian sport in which extremely fast games are played by people of all ages on ponies up to a height of 15 hands (152cm).

The sport of mounted games as it exists today was founded by Norman Patrick. His aim was to extend the sport, previously age-restricted by Pony Club, for wider participation, and for this reason, in 1984, he established the Mounted Games Association of Great Britain. In the years which followed his continued support and patronage ensured that the sport spread across Great Britain and beyond. At the time of Patrick’s death in 2001, the sport which he had established was being enjoyed by many riders across the world, and the International Mounted Games Association, which was formed in 2003, now has members in twenty four countries on five continents.

Mounted Games can be played as an Individual, Pair or as a Team, and there are approximately thirty different games that can be played. Games are divided into those requiring Speed, Agility or Accuracy, so the rider and pony combination needs to be good at all of these aspects. Team competitions have ten games in the qualifying sessions, usually there are four sessions, and twelve games in each of the two part finals.

The Canterbury Mounted Games Assn organises competitions regularly throughout the season (September to April) and welcomes new members to their weekly training sessions.