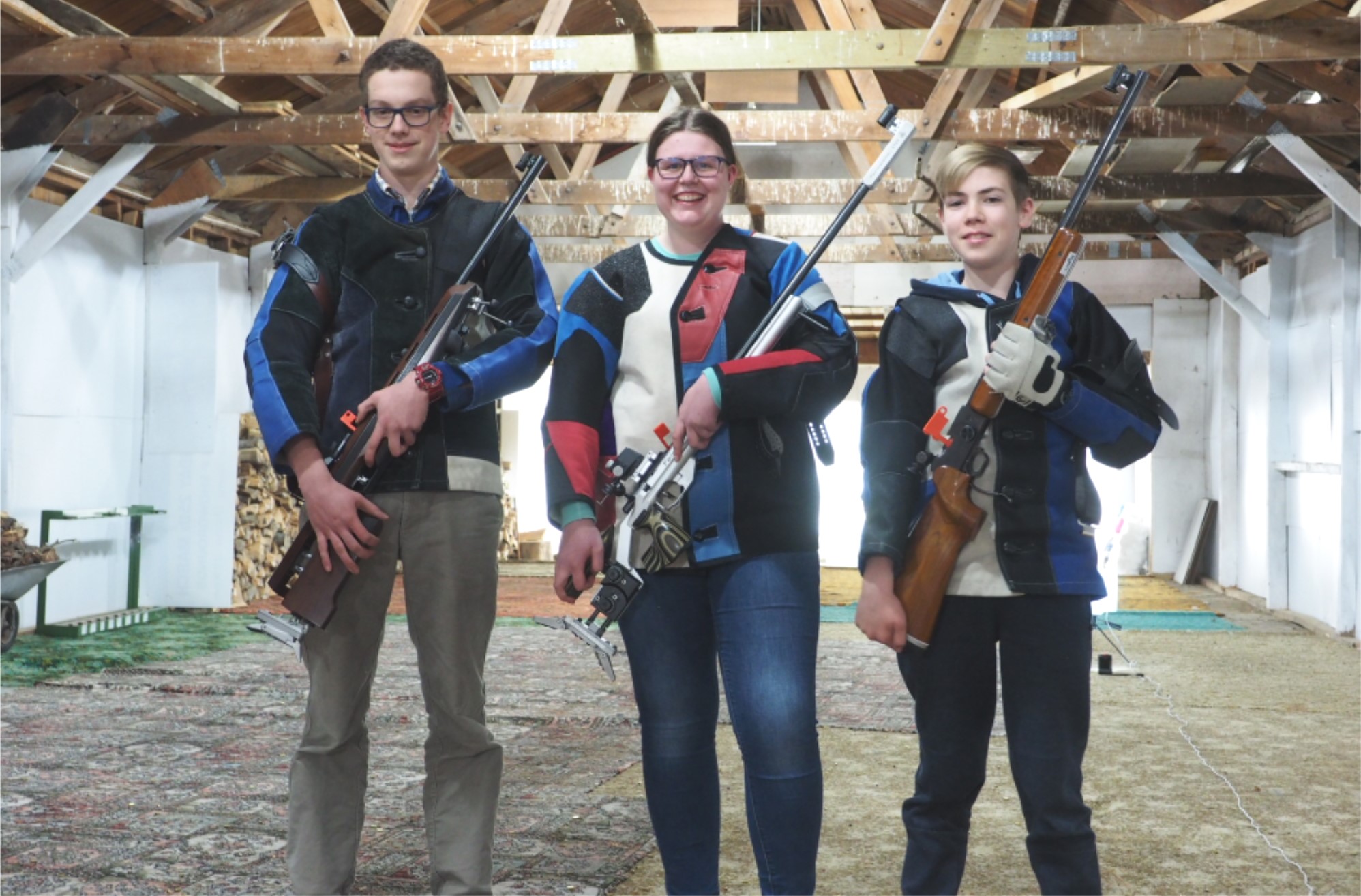 Darfield High School’s mixed team (boys and girls) on the sling were Piper Benbow, James Grafton, Ryan Booth, while Liam Barnhill, Blake Woolie and Jack Guy were on the rest.

The sling team shot very well and took fourth place in the mixed event with a total score of 557.14 from a possible 600.60.

Our rest shooters, who are all new to the sport, took twenty third place from thirty six teams; so a credible result for their first outing.

Individually Piper Benbow took third place in the girls’ event with an overall score of 196.05 from a possible 200.20. Ryan Booth and James Grafton placed at twenty eighth and sixty sixth positions respectively from ninety eight shooters. Ryan has only been shooting competitively for one season so twenty eighth is a very good result.

The Challenge event is a postal shoot where schools enter teams of three, shooting smallbore rifles off a rest and it’s where new shooters begin. Or alternatively off the sling like all regular target shooters compete in club and national competition.

Darfield High School has three shooters (Piper Benbow, James Grafton, Ryan Booth) that are off to Wellington on September 27th to compete in the Shoulder to Shoulder match that is the Secondary Schools’ National Championship. It is a great opportunity for them to experience an event that is so hotly contested.  Each school is competing for the honour of being the best in New Zealand, while the individual shooters are attempting to gain entry to the Island teams and ultimately the New Zealand Team that will shoot a postal shoot with teams from the United Kingdom on the final day of competition.

Craig Benbow, On behalf of the shooters.