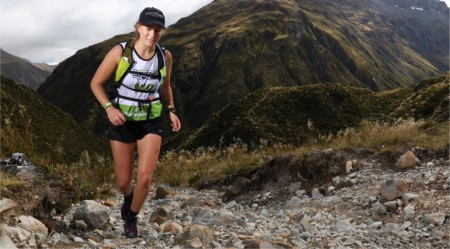 The Speed Project For Julia

Born and bred in Darfield twenty two year old, law student at Canterbury University, Julia Chamberlain is about to embark on a journey of a lifetime. She is heading off to run ‘The Speed Project,’ under the umbrella of the Melbourne based run club AM:PM.

Julia has previously played hockey for many years and competed at representative level. She played five years of Premier Women’s Hockey for Carlton Redcliffs, however in 2018, she chose to not play hockey and to focus more on her studies and running. This year she ran the Mountain Run section of the Coast to Coast which she purely entered just wanting to have fun and enjoy the event. She pulled out a super run and ended up winning the women’s division of the Mountain Run. Julia has grown up watching the Coast to Coast and has always wanted to complete the race since she was a child, she thought the best way to approach this was to break it down. At the top of the run she was surprised to hear she was in second place, then her natural competitive spirit kicked in and she wanted to catch the leader, which she did. Now she has had a taste of the Race, she would love to do the whole event. Julia also competed in the Queenstown Marathon in November which has helped develop her endurance and base fitness, which will be needed when she does The Speed Project at the end of March.

The Speed Project with  the Melbourne based run club AM:PM, is a race over  550km from Venice Beach in LA to Las Vegas, running through the night and crossing the infamous Death Valley with five other female athletes. Individually, they will roughly run 90km each over 40-48 hours. Run clubs from around the world get invited to compete in this underground event where there are no rules or  sanctions. It is an incredible opportunity to take on staggering highs and challenging lows alongside a group of empowering female athletes. “We are your everyday women, training for the next woman to stand up and say, ‘it’s my turn’,” commented Julia.

This is the most beautiful, yet unpredictable, challenge that Julia has ever set for herself. It is four weeks away, and she has never felt more excited about something. “There is a real sense of, support and dedication within my teammates that is captivating. It is our turn. We are here to show up, work hard and encourage each other to run the most demanding race of our lives,” concluded Julia.

To follow Julia’s journey or to find out more information about this amazing run visit: @juchamberlain or @am.pm.rc or google The Speed Project.