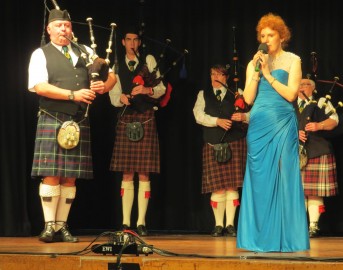 A Showcase of Performers

Despite power cuts, the flooding  and a general state of emergency in the Christchurch and Selwyn areas, an audience of over three hundred plus one hundred performers (and a crew of 120) turned out to the Lincoln  High  School  Hall  on July 22nd  for ‘A Celebration of Screen and Stage’.

The show was a major collaborative community concert celebrating the musical magic of screen and stage.

The concert had something for everyone with fourteen fantastic acts featuring performers of all ages. Wowing the audience with their amazing talent were solo vocalists such as Nicole Taylor and Clare Hamilton, group acts including the Selwyn Community Choir and the Selwyn Youth Choir, along with talented members of the Kirwee Players. Local rock/blues band Algal Bloom   had the audience up on their feet dancing and audience member Meryl Klein commented, “I was moved to tears listening to June and Amy Burney perform ‘Slipping Through My Fingers’.”

The show celebrated music from movies and musicals, both timeless and new, including The Wizard of Oz, Hairspray and Mamma Mia, through to The Little Mermaid and the Bee Movie music.

Lincoln residents and concert organisers June and Ian Burney have received numerous positive comments from the audience about the event and the outstanding talent on show. They thank both the public and the performers, who hailed from across the district for banding together to make this a wonderful night of music and song.