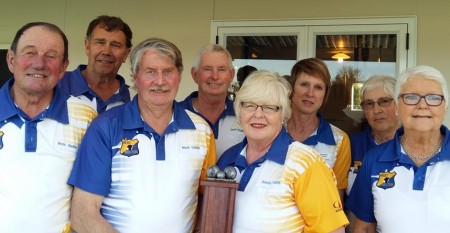 The West Melton Bowling Club’s opening day last weekend attracted a good turnout regardless of the cooler weather. This included twelve new, prospective players, many of whom signed up on the day. Club President Mary Burke declared the season open in a short ceremony and those present remembered members who had recently passed away (Peter Cocks and Kevin Schwass). Then the early season success of the Club’s Ladies and Men’s fours teams, who won the Mary McCartney Trophy at the Malvern Centre opening on September 17th, was celebrated.

The jack was rolled up by Peter Bickley and a very good opening bowl delivered by Ian McKinley, before 56 players took the rinks  to play two short opening games of fours. Meanwhile others took advantage in the warmth of the Club house.

At the cup of a tea after play a Special Meeting was held at which members resolved that the Club would support and contribute to the West Melton Community Centre project. With a successful opening day behind them players now launch into Club, Malvern and Town interclub competitions within the next fortnight.