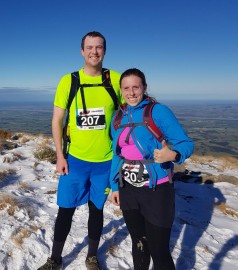 Intending participants from around the country are finalising their preparation for the iconic Coast to Coast multi-sports race which will take place on February 9th and 10th.

The endurance race runs annually and attracts numerous competitors, both from New Zealand and internationally. Many local Canterbury names also feature in the list of entrants.

The race, one of the world’s longest running multi-sports events, was founded in 1983 by Robin Judkins and began with seventy nine hardy athletes who took on the 243 kilometre challenge over two days. Today over 800 athletes line up for the event.

The two day race enables entrants with a range of varying skill levels to participate, while top athletes can complete the whole course in close to eleven hours. Competitors in the two day race take up to twenty total hours to complete it.

Competitors begin the race on the West Coast, at Kumara Beach and cross the width of the South Island, over the main divide and finish on the east coast at the Pier, New Brighton beach, Christchurch.

A variety of race disciplines are encountered within the event; running, cycling and kayaking, each capable of offering  extreme conditions and scenarios depending on weather and physical skills.

Training for the Coast to Coast needs to be intense as confirmed by many of the local participants. The Selwyn District is well represented in the event and has competitors in both the one and two day individual, as well as teams.

This year the event is running at capacity for the first time in almost a decade – and during its 35 year duration over 18,000 entrants have participated.

The Rolleston News wishes all local participants the best of luck and success in reaching whatever personal goals have been set.

Connie Dick of Rolleston is taking on the challenge of the Coast to Coast  for the first time this year as a competitor in the two day individual event.

“Training has gone pretty well and recently I have been tying the disciplines together, getting the legs and lungs used to the transitions, along with learning to take the right food on board at the right time. Though it is now tapering time which means things are quietening down,” she explained.

As a first timer there are many new challenges to face which Connie has learnt via training. “The paddling is what I’m worried about the most. The River can change so quickly with channels moving overnight, also I’ve picked up a niggly hip injury so hopefully that calms down soon!”

Like many others, Connie has found the preparation for the whole event has introduced her to many new people, “I’ve met some incredible people to train with, it definitely makes it all worthwhile,” enthused Connie. “The whole experience has also been an awesome way to see parts of the South island that I would never have got to otherwise.”

First timers, Katelyn Costello and husband Ruben, from Rolleston, have both entered in the two day individual category of the Coast to Coast this year. Though they are individuals they are planning to do the complete race together and support each other.

“We are both ‘newbies’ to the world of multisport; up until a year ago I had never ridden a road bike and Reuben and I both only learnt how to kayak in April of last year, so there has been a lot to master,” Katelyn explained.

The duo’s training has gone well thus far and been some-what of an experience. “Initially everything was new to us so the focus was just on gaining skills. As we became more confident and increased training hours, the fitness just followed.”

All the training enabled them to enter their first multisport event in October last year, which at the time was Katelyn’s longest bike ride (36km).

Training for the event does not come without its challenges as Katelyn has found. “My biggest challenge so far has been learning to kayak…and bike…and run off-road…so I guess everything! I think on the day the challenge will be putting it all together and just persevering though.

“The overall highlight for me however has been  getting out and exploring, experiencing the beautiful country we live in and the amazing community of people involved in Coast to Coast and multisport in general. We have met some amazing folk who are all out there for their own reasons and happy to give advice and support..

“It is an incredibly worthwhile experience and we hope to continue to stay involved and train for other events.” Katelyn concluded.