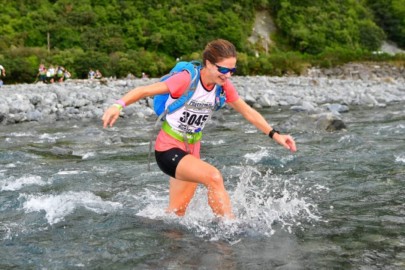 Rolleston’s Morgan Ahu will  again compete in this year’s Coast to Coast event on February, 9th-10th. Morgan has had Coast to Coast training in her sights for two years now and last year  competed in the two person event. She has been running competitively for around three years and kayaking for two. So it’s a big step to enter into the two day individual class of the Coast to Coast, but this is the choice she’s made in 2019.

“I train with a group of awesome athletes led by Flavio Vianna, who is a personal trainer,” Morgan explained.

In her previous foray into the Coast to Coast, Morgan completed  the running leg as well as some of the cycling. This year she will be undertaking everything as an individual competitor.

“Training has been awesome,” Morgan commented,  “but it has definitely been hard work. I’ve put in a lot of time practising cycling and kayaking because these disciplines are not where my experience lies,” she said.

Morgan has undertaken some lead up events as training this year including  the Sea to Sky Duathlon, the Hanmer Half Marathon, Rakaia Salmon Run, Twizel Hard Labour Weekend and the Rasdex Classic Race. “Its been pretty epic,” she smiled.

As the Coast to Coast gets nearer Morgan admits to feeling a mixture of nerves and excitement, but is definitely looking forward to seeing what she can achieve.

At this early stage Morgan hasn’t set goals for after the Coast to Coast, commenting that she will see how things go.

“I am lucky to have incredible support from my husband and family which allows me the time required to train for such a tough challenging event. I am  very much looking forward to having more time to spend with family though, when I take a short break from training after the event.

“Who knows what I might do after that… I will probably start to get bored and need a new goal! They do say multisport is addictive!”