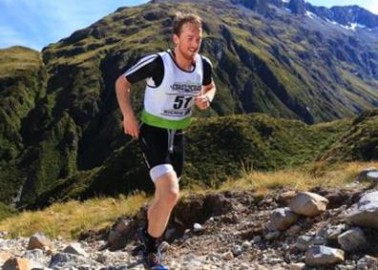 Local Rolleston man Richie Kircher returned to Christchurch in 2016, having spent the previous six years living and travelling overseas. Concerned ‘itchy-feet’ may well be an issue he embarked upon planning to compete in the Coast to Coast as his ’sanity project’.

“It was something I had always wanted to do, ever since I was a teenager,” Richie commented. Having never competed in anything like the Coast to Coast event before, Richie signed up in the two day individual category. Then began his buildup – he set about competing in the Mission Mt Somers half marathon (in the snow), the Salmon Run, Waimak Classic and the Clutha Classic (where he came in second place).

With the much appreciated assistance of numerous supporters and sponsors Richie competed in the 2017 Coast to Coast, finishing in 40th place (18-39 year old men’s class) with a time of 15 hours, 6 minutes, 41 seconds.

“I would like to thank my sponsors, plus all the other people who helped and supported me along the way,” Richie ended.