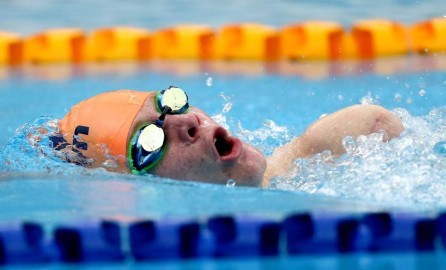 Selwyn Swim School athlete Celyn Edwards is closing in on qualifying for the Commonwealth Games.

The Berlin competition is the concluding World Series event and will determine overall winners of world titles. At the event, Celyn will receive an International Classification, which means he will be eligible to qualify for the Commonwealth Games in the 100m breaststroke and 200m individual medley.

Celyn already holds 21 national records in his Paralympic S8 classification, across all strokes and multiple distances.

“This is Celyn’s first time representing New Zealand and it will be an opportunity for him to represent not only New Zealand, but Selwyn, at top international level,” said Ben.

“It’s very exciting for both of us to be part of a high performance environment and gain invaluable experience for future pinnacle meets, such as the Commonwealth Games, World Championships, and Paralympics.”

Ben commented the event will expose him to international-level coaching practices, which he will share with teaching staff at the Selwyn Aquatic Centre who work with physically impaired athletes and swimmers.

A livestream and results will be available throughout the event at World Para Swimming’s website.

Background: Celyn has been a member of the Selwyn Swim School since 2013. He is one of five athletes competing from New Zealand. Ben is one of three coaches