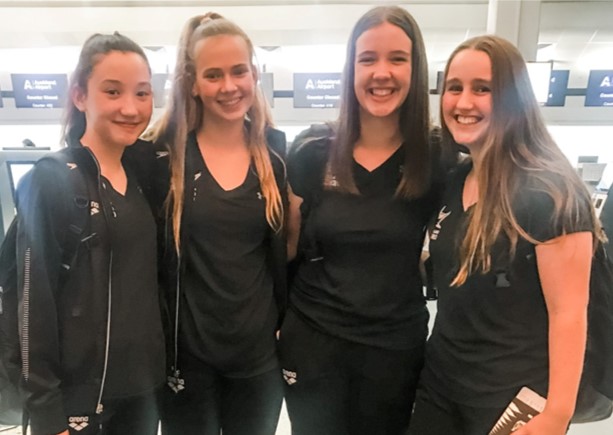 Small Strokes Synchro worked hard during the year, it was reported, with four members selected for the New Zealand team that competed in Malaysia during December.

There were eleven girls, from all over New Zealand, in this team and they competed in the 13/14/15 year Age Group Team, as well as the Open Combination Team. Both groups were placed second in the Open Asian Synchronised Swimming Competition.

“Our Club is very proud of these girls,” explained Small Strokes owner and head coach, Joan Billings. “They have given up their holidays to train for this event all year,” she added.