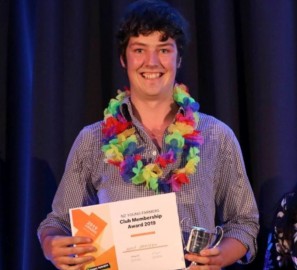 This Club only had four or five members several years ago but now has a membership of about twenty member’s, which is still growing. “We’re all astounded that we have managed to expand so rapidly. Rebecca Legat and Laura Shaw have helped lead the turnaround,” added Chris. Chris is an apprentice auto electrician, who grew up on an arable farm near Kirwee. “Our members come from a broad range of professions and one of our mottos is that you don’t have to be a farmer to get involved.” West Melton Young Farmers believe there are a number of factors to its success, these include organising an annual ploughing competition which attracts up to two hundred people, they also like to be visible in the community. They have recently started holding pot luck dinners at members’ homes and it is reported that this is an fantastic way for member’s to check out different farm’s. They also arrange fun get togethers like go-karting, paintball, or just a catch up at the pub. These fun get togethers are a great way for people to turn off from work for a bit and have a bit of down time in a fun environment with like minded people.

The West Melton Young Farmers alternates its monthly meetings between Rolleston and Darfield.