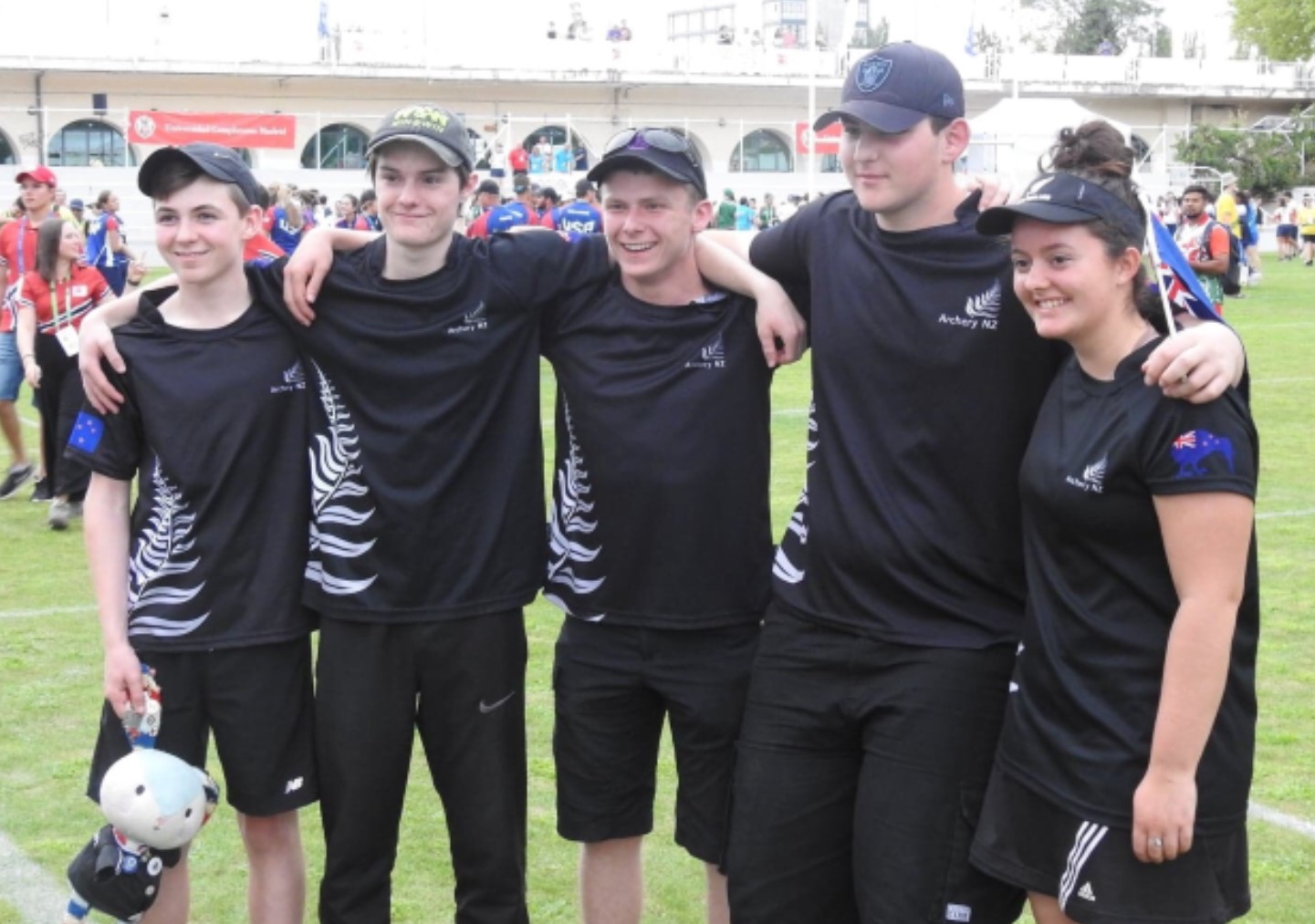 Rolleston College student Ryley Griffiths has just competed in the biggest event of his life to date, the World Youth Championships in Madrid held from August 19th – 25th. Ryley was part of a New Zealand team which sent five athletes to compete: Olivia Sloan (Cadet Women’s Recurve), Finn Matheson (Cadet Men’s Recurve), Adam Niziol (Cadet Men’s Compound), Ryan Jones (Cadet Men’s) and Ryley in the Cadet Men’s. There were five hundred and eighty five athletes from sixty one countries all vying for a place at the event.

Ryley competed in the Recurve Cadet Men’s competition  alongside the best sixteen and seventeen year olds in the world.

On Wednesday, August 21st the New Zealand team shot the 720 rankings rounds with all five athletes making the cut and progressing on to the individual match-play the next day. This Wednesday was reported to be a very hot 35 degree day with a lot of wind. However this didn’t prevent Ryley shooting consistently. He shot 601/720 ranking ninety second. On the following day, Thursday, Ryley shot against the number nineteenth ranked archer from India.

“Ryley shot incredibly well and after all competition was completed he’s finished with a match ranking of fifty seventh equal with Trenton Cowles from team USA who was the 2018 Youth Olympic Champion. There were one hundred and seven U17 Male Recurve Archers representative of the best in the World and Ryley is absolutely thrilled to finish in fifty seventh place. Especially given he can be back again in 2021/2023 in the same age category,” commented his mother Jane Griffiths proudly.

Ryley is now back in New Zealand and straight into 70 metre training with the goal of making the Senior Men’s Team in 2020.